I booked my ticket sometime in December 2017. Turkish Airlines has this crazy sale where the cost of the ticket to Bogota, Colombia was less than Php20,000. When I learned about it, I immediately opened their website and checked if it’s actually true. Indeed, it was. So, I immediately find a date and decided right then and there that I want to celebrate my birthday in Latin America. I had issues booking since my card wasn’t accepted for some reasons. Good thing I have my PayMaya card and I immediately asked my nephew to deposit cash to my card so I can purchase the ticket. Again, I had issues so I tried booking via BudgetAir. Luckily it went through although the fare was slightly higher by around a thousand pesos. [Book your tours in Bogota] 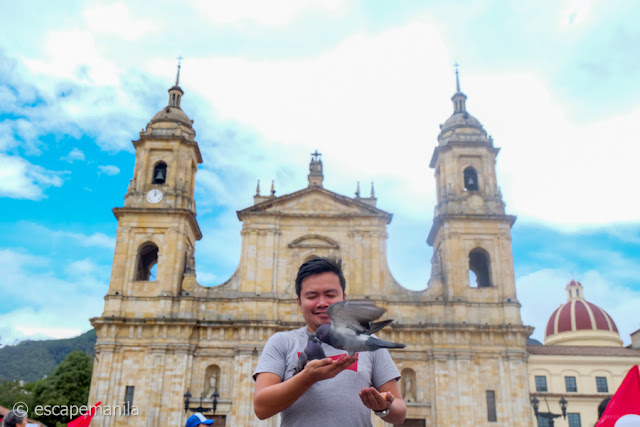 The planning began in January. It was not easy to make an itinerary. I initially planned of going to Brazil but the flight cost was way to expensive, around 30k round-trip, so I looked for alternative. Flying around Latin America is quite expensive. There are limited options in terms of budget airlines and the taxes are pretty high. I wanted to explore Central America but with our weak Philippine passport, I had to change my itinerary again. I wanted to fly to Costa Rica and Nicaragua since we do not need a visa but the cost of the ticket flying out back to South America is way too high.
I finalized the countries that I wanted to visit in February. I planned to go to Colombia, Cuba, Mexico, Bolivia, Peru and Ecuador. It was final until I decided to exclude Ecuador when I was already in Mexico. I decided to spend more time in Peru since my college friends are coming to meet me in Cuzco.
I only had a rough itinerary. I actually did not know where to go because I was too lazy to plan a complete itinerary plus the fact that I wasn’t so sure if I would be able to visit Cuba. I read somewhere that Filipinos now need to get a visa prior to the travel date. I emailed Wingo, the airline where I booked my ticket from Bogota to Havana and the customer service said I only need a tourist card. I wasn’t sure what to believe but I relied on the information given by the airline. After all, it’s their responsibility to fly me back to Bogota if ever I am not accepted in Cuba.
Fast forward, I flew to Manila from Davao on May 2, 2018. I got the morning flight because I don’t want to have any issues in case flights will be delayed. I arrived in Manila around lunch time but since there are not much to do in NAIA terminal 4, I transferred to Terminal 3 to have lunch and wait there. My flight was around 9PM so I left NAIA 3 around 4pm. I took the free shuttle and it had to go to all other terminals so I arrived in terminal 1 just in time for check in. Good thing I checked in online so I did not have to queue. 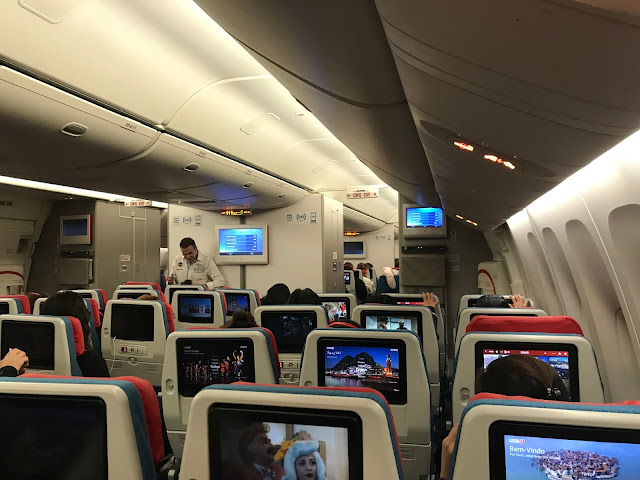 I traveled with Rafael to Bogota. He booked a ticket on the same date with me. I did not know him back then. I just saw his post on the DIY Facebook group that we have the same flight so I messaged him. We met at the airport and began our journey to South America together. 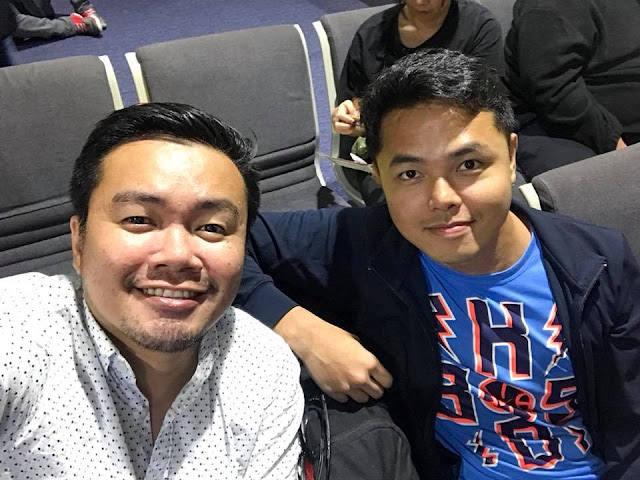 The flight was on time but because of the traffic congestion in NAIA, we took off late. It was my longest non-stop flight and my first time with Turkish Airlines. I was looking forward to the food which will be served. Hahaha. 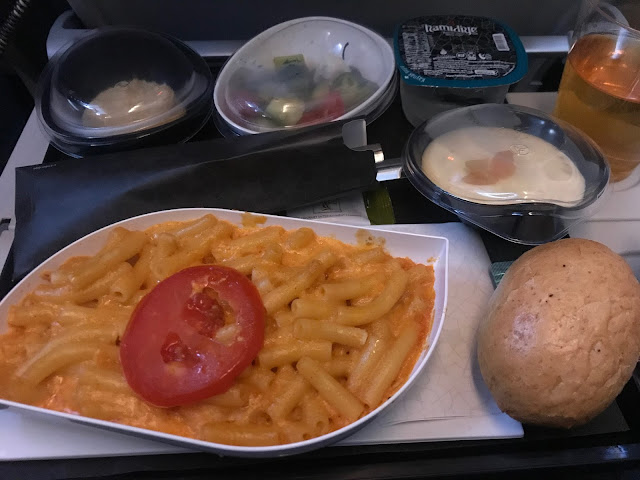 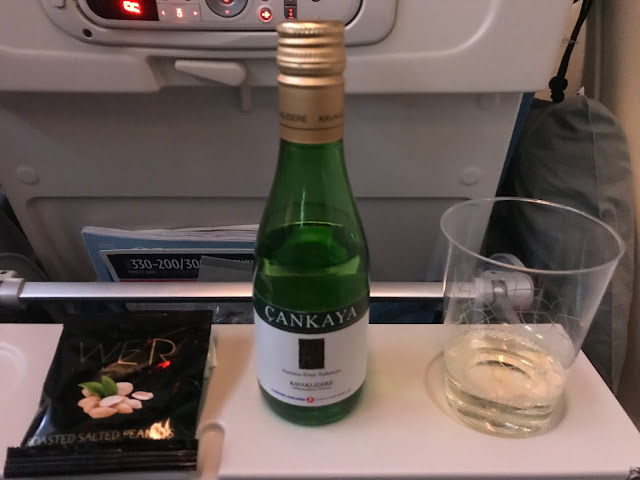 I had difficulty sleeping on the first few hours so I decided to watch some of the movie selection from the airline’s wide array of entertainment options.
I slept after watching two movies and woke up again when it was about time to have our second meal. It was served about 1.5 hours before landing. It’s basically our breakfast. 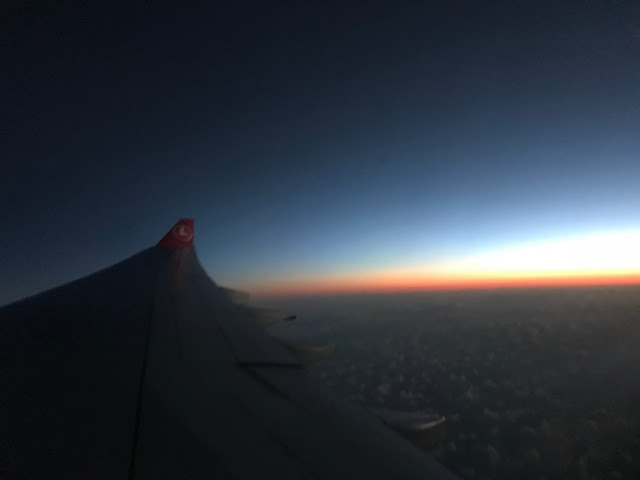 After around 12 hours, we finally landed in Istanbul. The first leg of the trip was finally over. The waiting game continues as we had a 20-hour layover in Istanbul Airport. 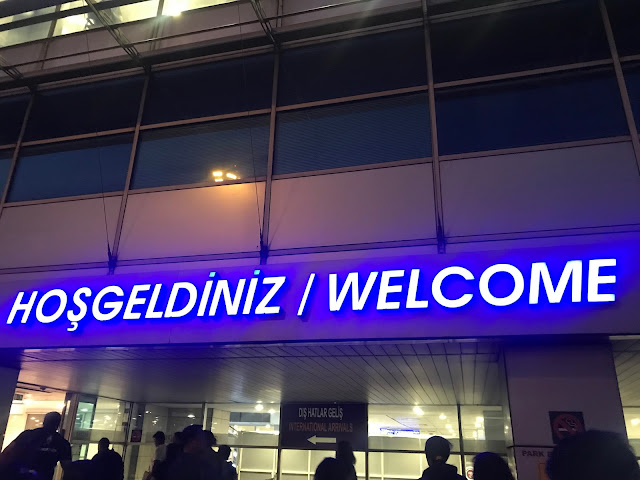 Connecting to the internet in Istanbul Airport is a bit tricky. You need to have a local number or at least a roaming number so you can receive the code that you need to enter to connect. Also, it’s only for 2 hours so it’s not much really. Anyway, there are cafes and restaurants that offer free wifi when you purchase an item from them but it’s usually just about an hour or so.
We roam around the airport and had a food trip. The food cost was relatively expensive but we wanted to try local Turkish cuisine so we dined at Turcuisine. I had Tavuk Pehli while Rafael had Tas Kofte. We also ordered Baklava for dessert. Food were really good that we ate them with gusto. 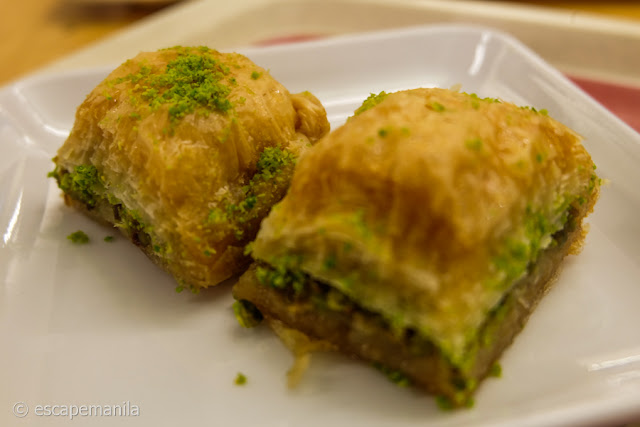 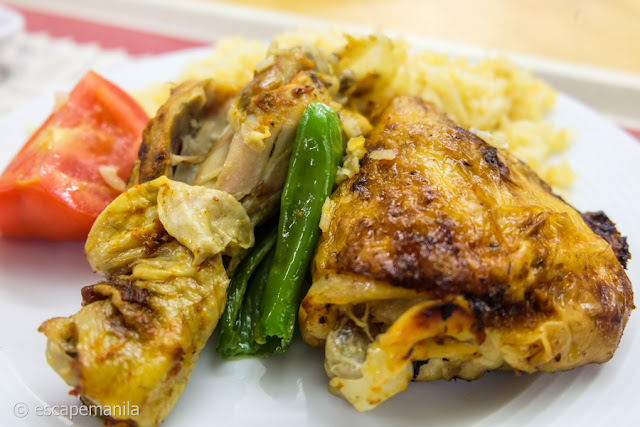 The waiting was over, we boarded the plane to Bogota and after almost 15 hours, we arrived in Colombia. It didn’t sink in immediately that I was already in South America. It was a dream-come-true. I almost cried. I am about to cry while writing this blog post now in Lima Airport. Seriously, I never expected I will reach this far, literally. 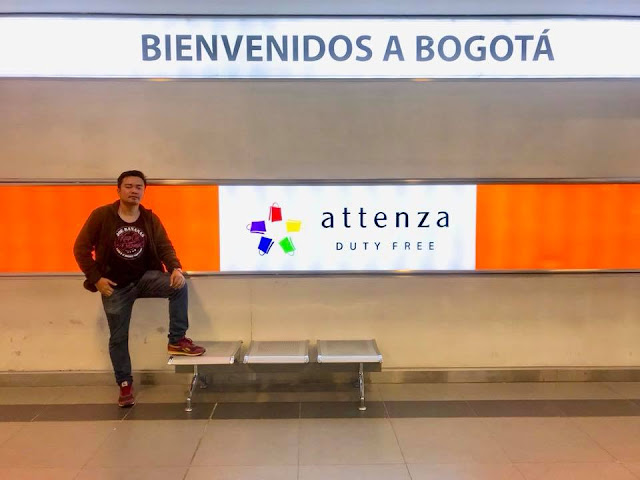 We had no clear plans what to do in Bogota. We both did not plan what to actually do. We had something in mind but not concrete. We left the airport and booked an Uber to our hostel. We arrived in Botanico Hostel after 45 minutes but the check in was at 3pm so we decided to leave our bags and explore the city a little bit. We went to the popular Bolivar Square and spent an hour watching people, taking photos and playing with the pigeons. We walked around the area and went back to our hostel. Around 2pm, the jet lag struck. I slept in the common area while waiting for the check in time. At 3pm, I went to bed and slept until 7pm. I was too tired and my body clock was at different time zone. There’s a 13 hours time difference so it was really difficult adjusting. 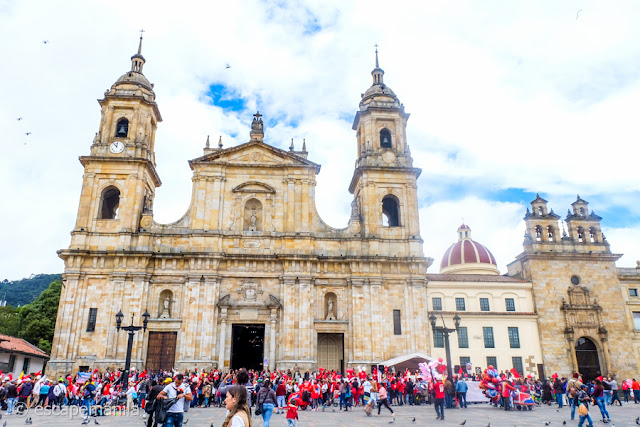 Dinner was served in the hostel. We pre-booked a meal called Ajiaco, a local Colombian dish made of potatoes with bits of chicken, local vegetable and peas. We plan of going out after dinner but I was just too tired so I slept. 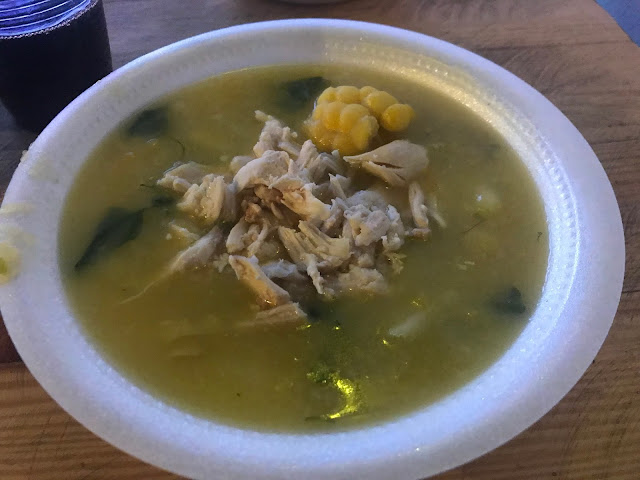 Since I have not adjusted to the new time zone, I woke up so early. I just stayed in bed and waited for our breakfast at 8am. The breakfast was complimentary. It was simple but satisfying. 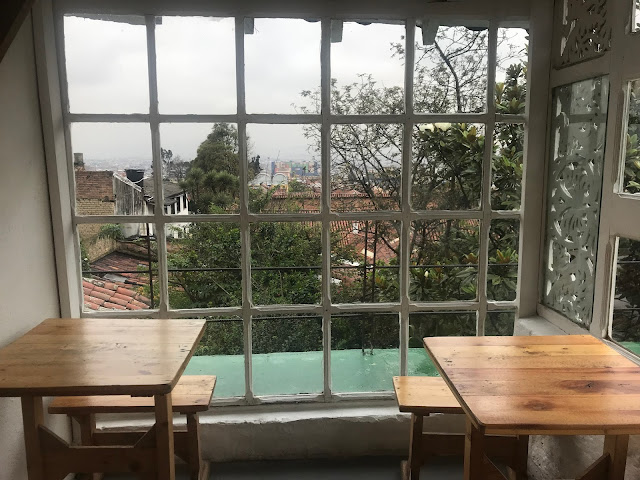 Since we do not have much time in Bogota, we decided to explore the city a little bit more on our second day. We went back to Simon Bolivar Square, walked around the streets of downtown Bogota and tried another local dish for lunch called bandeja paisa at Restaurante Enviganedo. 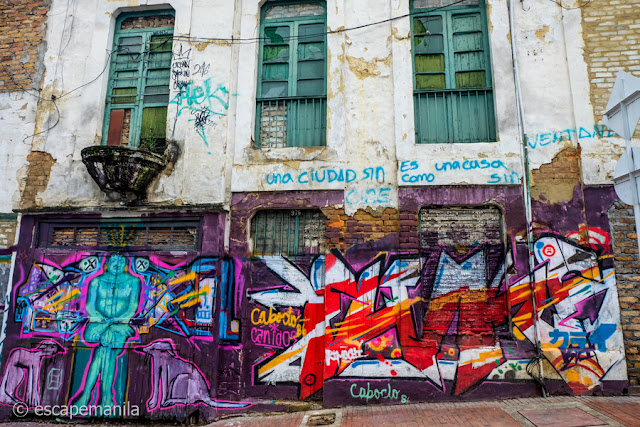 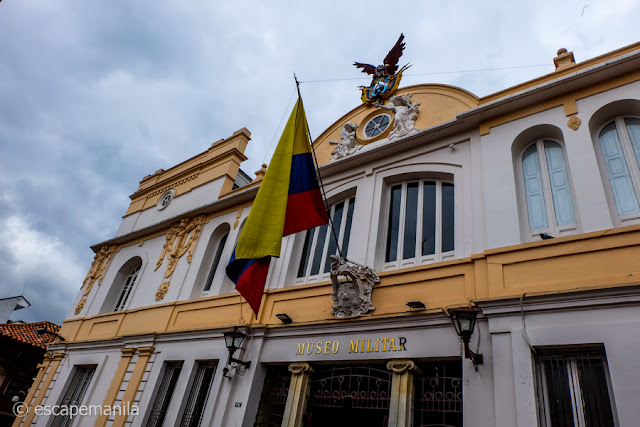 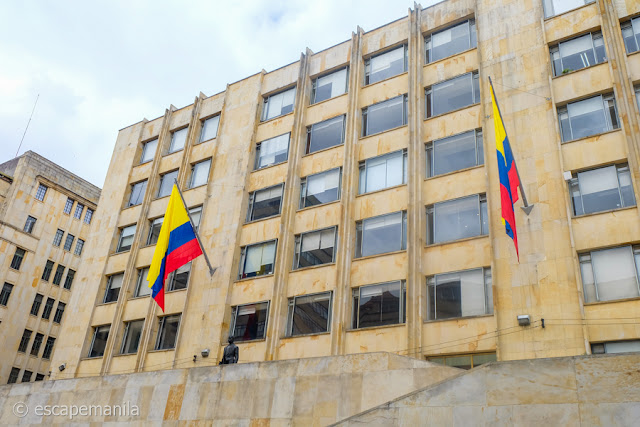 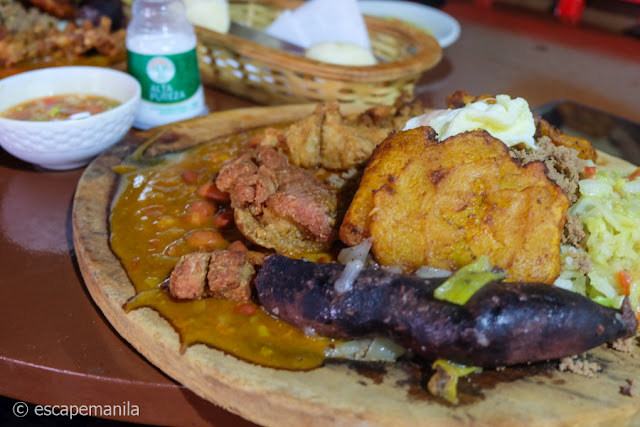 After lunch we headed straight to Monseratte Hill to have an overlooking view of Bogota City. We took a cable car going up and it was such a great experience. We spent more than an hour up the hill to relax and just do nothing. 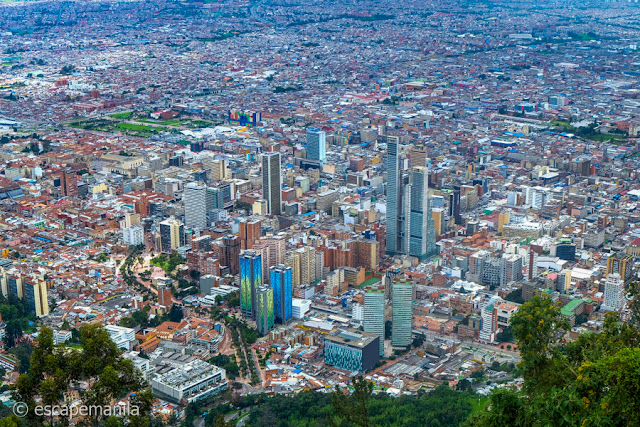 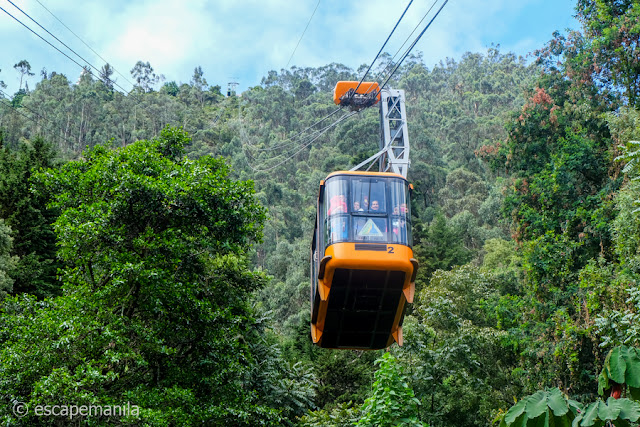 We went back to the hostel afterwards. I was still full so I decided to skip dinner and sleep. Again, there was a plan to go out but I opted to sleep.
The following morning, we had breakfast at the hostel and had a great conversation with fellow travelers from France and Israel. It was also the day when Rafael and I had to separate ways. He was heading to Peru while I was heading to Cuba.
Since my flight was at 4pm, I decided to check out early, left my bags and check out the Gold Museum. It was Sunday so the entrance was free. It was a huge museum and the collections were really interesting. 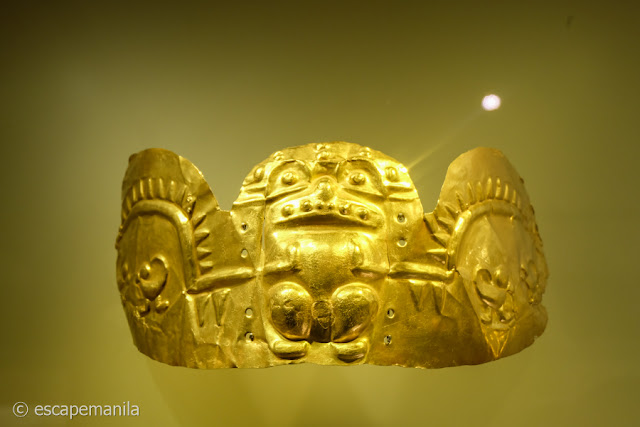 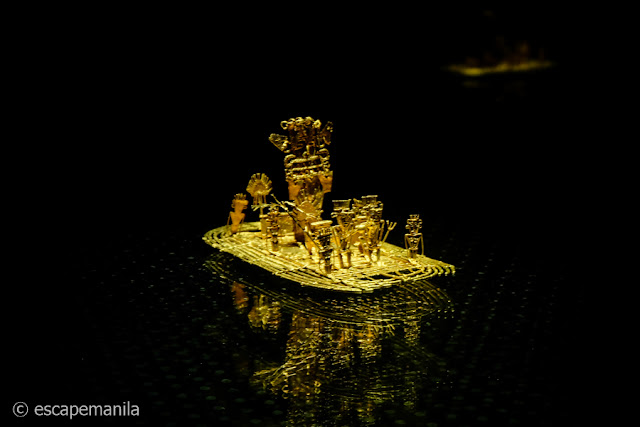 After spending an hour at the museum I decided to have  my lunch at La Puerta Falsa restaurant which was founded in 1816. I tried their Tamales and Chocolate Completo which were both good. 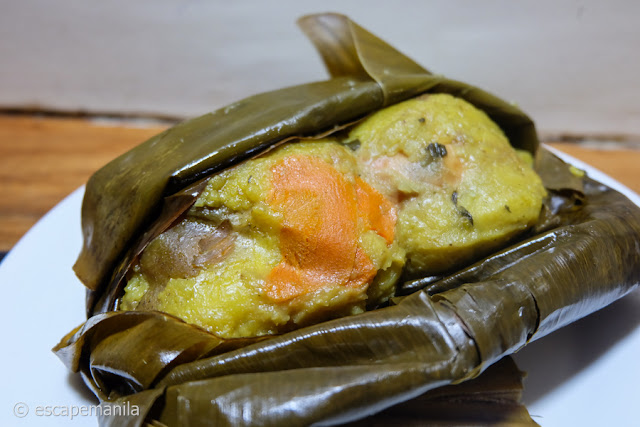 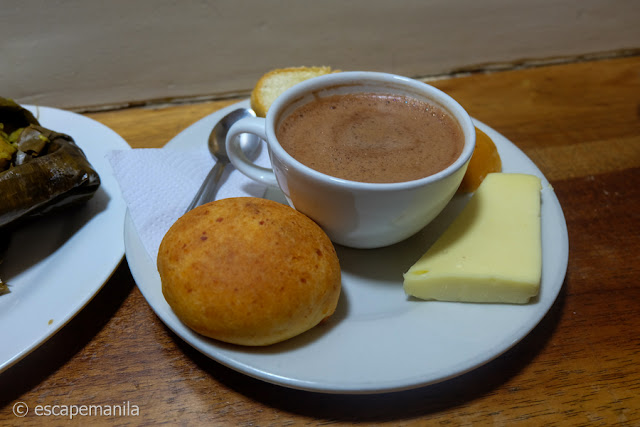 Then, it was time to say goodbye to Bogota. I took an Uber to the airport to catch my flight to Havana at 4PM. I did not check in online so I had to pay around USD20 to check in at the airport counter. It was in the fine print but I did not bother to read it. So, if you are flying on a budget carrier in Latin America (Wingo, Viva, etc), you should check in online and print your boarding pass or you’ll pay more at the airport. Also, check your ticket if it has the DG resident tax. If yes, you can have it reimbursed at the check in counter since it’s only collected for Colombian residents. 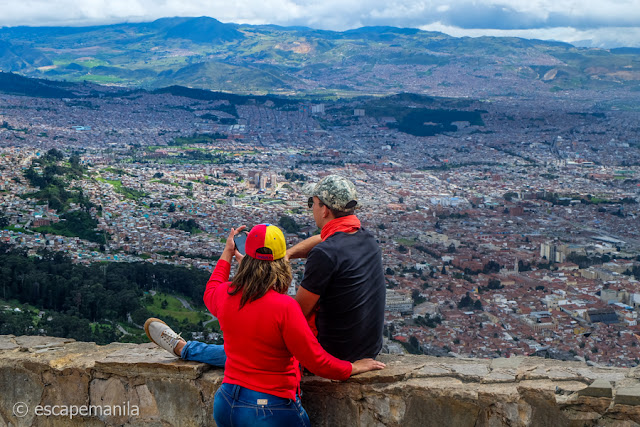 That’s it for now. The next series will be about Cuba. Adios!