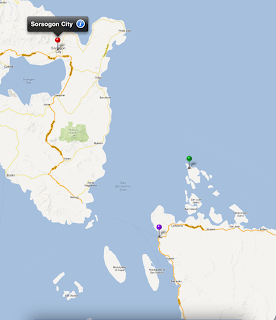 I initially planned of directly going to Matnog, Sorsogon from Biri Island. When I did my research, I found out that it is possible to do so but the boat schedule is infrequent. So, the night before my scheduled trip to Matnog, my guide brought me to the boat operators to ask if they have a boat trip to Matnog the following day. Both the operators do not have a trip scheduled for the next day and if I want to, I can hire a small boat to bring me to Matnog. It is going to be expensive so I decided to just take the Lavezares-Allen-Matnog route.

I woke up early in the morning as I want to depart Biri by 8:00AM and arrive in Sorsogon in the afternoon. I took a motorcycle and asked him to bring me to the port where I can take a boat to Lavezares. Surprisingly, there are a lot of boat stations within Biri during the morning so one does not have to go to Sto. Niño to take a boat ride. We passed by a “barker” who said that the motorboat is only waiting for 2 more passengers to leave. I decided to get off the motorcycle and hopped on the boat. After about 15 minutes or so, another passenger arrived so the boat has departed. It was a little over an hour trip.
When I arrived in Lavezares, I noticed that there were buses going to Metro Manila so I thought of taking it. I took the super 5 bus and told the driver I am only going to Sorsogon City, he was not happy and told me he’ll drop me in Allen and I can take the RORO from there then take a bus/jeep from Matnog to Sorsogon City. I wanted to argue but I was tired so I got off the bus in Allen and bought a RORO ticket to Matnog. 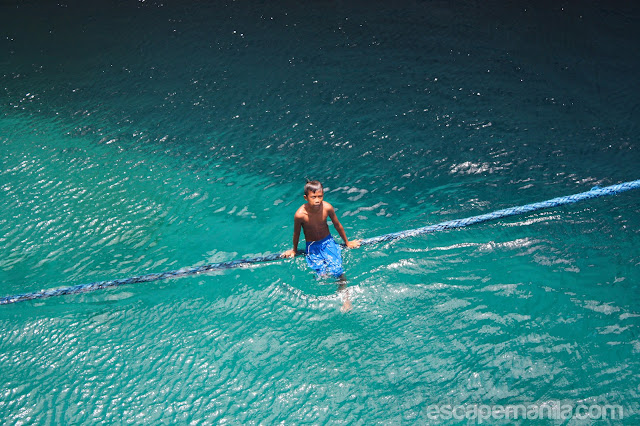 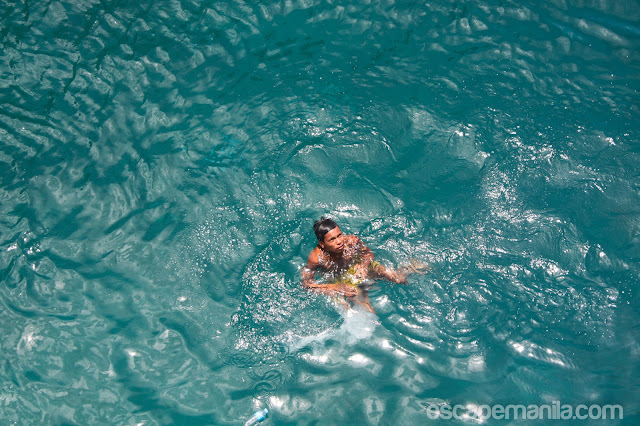 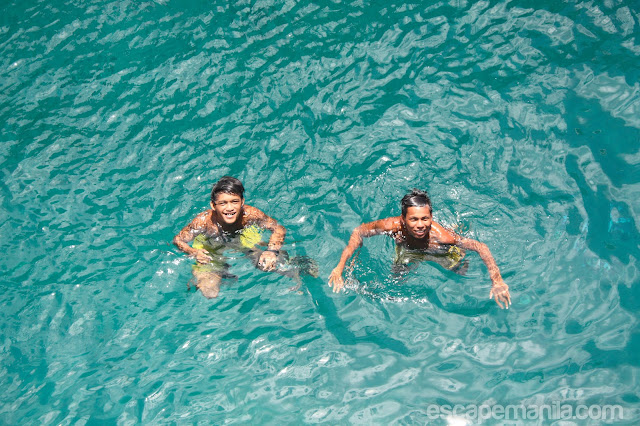 I arrived in Matnog after an hour. I wanted to find an accommodation there, but I saw a jeepney to Sorsogon City so I decided to head straight to Sorsogon City. It was about 2 hours ride to reach Sorsogon City. I immediately took a tricycle and told him to bring me to Carolina’s hotel to check in and rest. The hotel/inn is conveniently located near the city center. It sits beside an eatery and the ground floor of the building is occupied by LCC Supermarket.
I checked in, freshen up a bit and went out to have my late lunch. Then I went back to my room and then went to the laundry shop.
I was kinda exhausted so I decided to just stay in the inn, did some work and called it a day.
Expenses :
Motorboat from Biri to Lavezares – P50 (1.15 hr)
Snacks + Water – P35
Ferry fare from Allen to Matnog – P120
Terminal Fee (Allen Port) – P20
Regulatory Fee (Allen Port) P5
Jeepney Fare from Matnog to Sorsogon City P90 (2 hours)
Tricycle from City Center to The Carolina’s Hotel – P10
The Carolina’s Hotel/Inn – P350/night (non-A/C)
Late Lunch – P61
Grocery – P105
Globe Load – P100