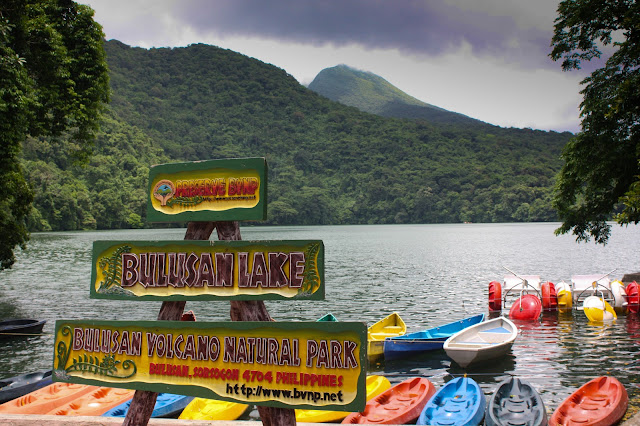 I’ve learned my lesson from the previous day so I woke up early and head to the city proper to catch a jeepney to Gubat. Instead of going straight to Bulusan Natural Park, I decided to drop by an old church in Barcelona – the St. Joseph’s Church commonly known as the Barcelona Church. The church was built by the Spaniards in 1875.

After a short photo ops, I took a jeep going to the town of Bulusan where I transferred to another jeepney bound for Irosin which passes by the Bulusan Volcano Natural Park. The park is about 1.7 kilometers away from the highway. There were no tricycles so I decided to just walk. It was not bad after all as the road is covered with trees.

After about 20 minutes, I arrived in the park. I paid the entrance fee and went to the lakeside and started taking photos. The colors of the kayaks were very enticing. I wanted to try it but did not proceed. Instead, I just watched the other visitors kayaking. 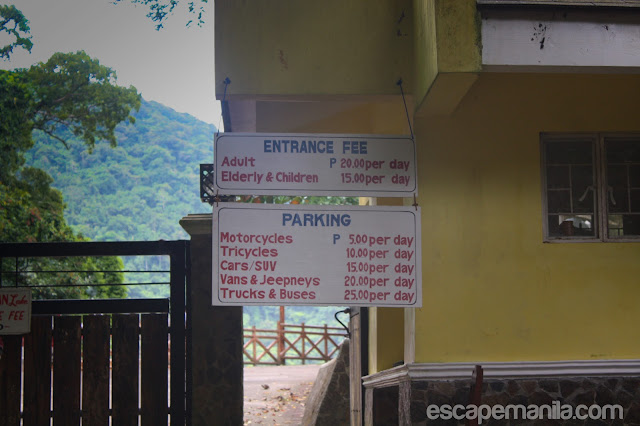 When I was walking back to the highway, I noticed that there were a number of people on the road. I went near them and found out that there was an accident. A motorcycle carrying a child dropped in the cliff. The road was wide so people were wondering how the driver missed it. I took photos and interviewed the people around (yes, I became an instant investigator, hahaha). After few minutes the Bulusan police has arrived. They investigated further and concluded that the driver fell asleep.

I left the place and started walking ahead. Around 3 minutes, the police car passed by and the police officer asked me if I wanted a ride, of course I said yes. They offered to bring me back to the town proper but I told them I am going to Irosin so they can just drop me in the highway. They were really nice. I wish all the police officers in the Philippines are as nice as them.

After about 15 minutes the jeepney arrived and I proceeded to the town of Irosin. I initially planned of going to the Irosin Hotspring but I changed my mind the last minute and decided to just walk around the town and took some photos of Mt. Bulusan.

Then, I head to the town of Juban to have a closer look at some of the old houses. There were not so many of them so I decided to leave the place and went back to Sorsogon City.

While in the jeepney, I noticed a group of people flocking in a small snack bar eating halo-halo. I was thirsty and wanted to know why there were a lot of people in there. The halo-halo must be that tasty. I was right, it was the best halo halo I’ve tasted for only P30.

After the halo halo treat, I bought a roasted chicken for dinner, went back to the hostel, ate, worked and slept. Day 11 was exhausting.