I have been planning of going to the Bicol region since August. I want to go there for two major reasons; to take the Bicol Express train of PNR and to see the majestic view of the Mayon volcano.
One Friday, I have decided to pursue the plan. I live in Bicutan, Paranaque and the traffic was so heavy and in order to arrive at the Tutuban station I had to take the PNR from Bicutan. I was surprised to see the train and the fare. The train looked good and the fare is only P15. I thought I will have a good time riding the train. That was my first and probably my last. I was disappointed by the crowd. There was no crowd control when you enter the train and safety is a bit of an issue while inside. In the train car where I was in, there were like 3 people who have complained that they lost their cellphones. I couldn’t explain how I felt inside.
My friend was already waiting at the train station and he was advised by the PNR personnel that the train was leaving shortly. He then asked the person to wait for me for a while since I was one station away. When I arrived at the Tutuban station, I immediately headed to the Bicol Express train. The train departed as soon as I stepped inside.
When I reached my designated sleeper couch, I was amazed. It was clean and it looks good and comfortable.

I was able to sleep well and after 10 hours, we reached Naga City. It was still a little dark when we arrived but my friend and I decided to just walk around from the train station. After few minutes, we reached the main market and took a breakfast at a nearby restaurant. Then we took a tricycle ride to the terminal to catch a bus going to Legazpi City.
It took us almost 4 hours to reach Legaspi city from Naga because the bus that we took had to stop several (maybe a hundred times) to pick up and drop-off passenger. When we reached Legaspi, the weather was not that good and the Mount Mayon was covered with clouds. Luckily, after waiting for couple of hours, we finally saw the stunning beauty of Mt. Mayon. 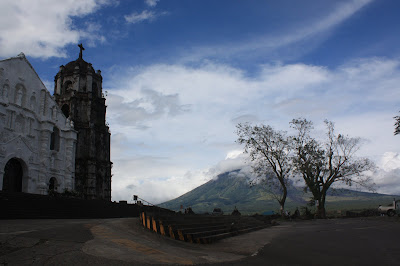 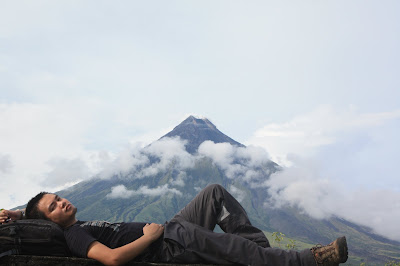 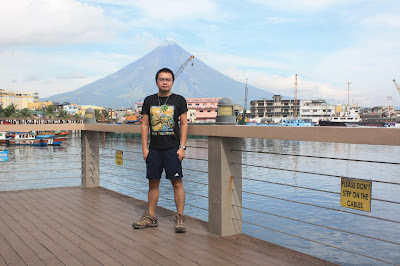 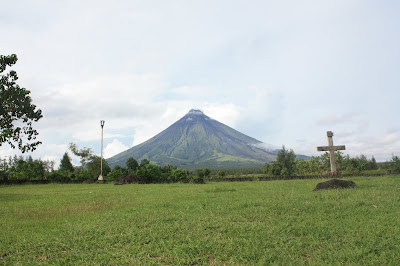 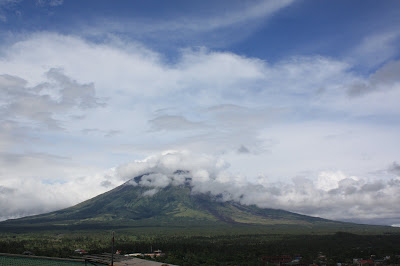